Committee to submit report about the recent unruly behaviour at parliament 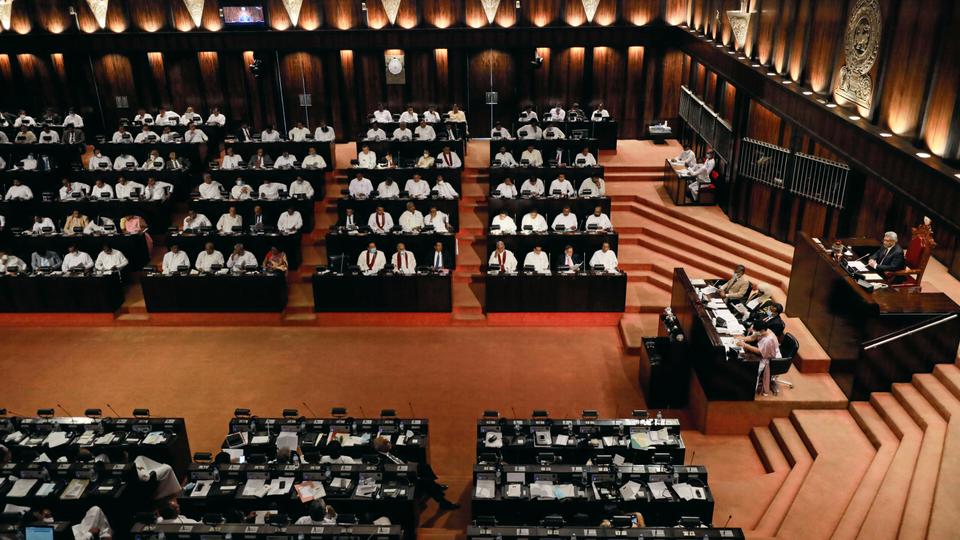 Speaker Mahinda Yapa Abeywardena today (Dec. 08) announced the appointment of a committee to submit a report on the recent unruly behaviour of Members of Parliament inside the Chambers.

The 11-member committee is chaired by Deputy Speaker Ranjith Siyambalapitiya.

A heated debate ensued in the House on Dec. 03 and 04 with regard to SJB MP Manusha Nanayakkara not being given five minutes to address the parliamentary session.

The opposition alleged the lawmakers of the ruling party of approaching MP Nanayakkara and attempted to assault him on two occasions.

Addressing the House on Dec. 04, Chief Opposition Whip, MP Lakshman Kiriella stressed that the opposition members would not attend the parliamentary sittings if their safety is not ensured.

SJB legislators also staged a protest yesterday near the Parliament premises, stressing that they would boycott parliamentary sessions. They alleged the ruling party MPs of acts of violence and refused to enter the Chambers until the safety of opposition members is assured.

However, following a discussion with the Speaker, the SJB lawmakers decided to attend the parliamentary sittings starting today (Dec. 08) following their boycott

Final draft of resolution on Sri Lanka submitted to UNHRC

Final draft of resolution on Sri Lanka submitted to UNHRC