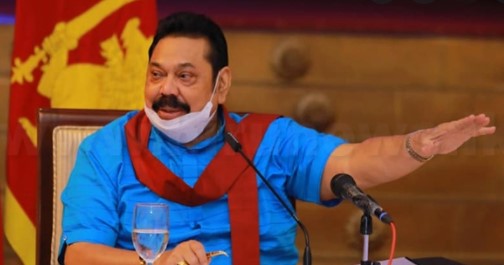 Prime Minister Mahinda Rajapaksa says the government is willing to hold discussions with the youths who are engaged in a mass protest at the Galle Face Green.

Scores of people from all walks of life, mostly youths, amassed at the Galle Face Green premises last Saturday (April 09) in protest of the incumbent government and the President.

Braving the heavy rains, they have since been protesting in front of the Presidential Secretariat, urging the President to step down amidst the economic crisis and political turmoil in the country.

The apolitical protesters have also set up a small village at the Galle Face Green premises, providing free food, beverages, makeshift tents, emergency medical facilities for those who arrive there in support of the demonstration.