On Oct. 25, Azath Salley to be produced before court 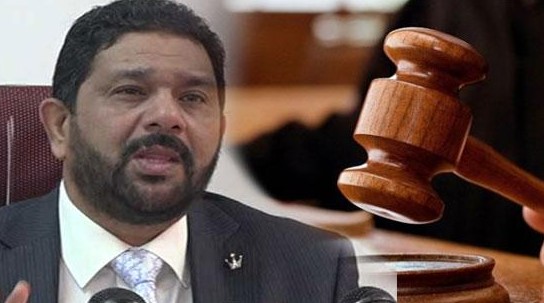 Colombo High Court has ordered the prison superintendent to produce the incarcerated former Western Province Governor Azath Salley before the court on October 25.

Stating that his client was incarcerated for a prolonged period of time, the defense attorney sought the high court to hear the case without further ado. The legal matter was originally scheduled to be heard in November.

Accepting the request, the high court judge fixed the case for hearing on October 25.

On March 16, the Leader of the National Unity Front (NUF) was arrested by the CID and was detained under the provisions of the Prevention of Terrorism (PTA). The arrest was made over several controversial remarks Salley had made at a press conference with regard to the law of the country.