PM agrees to increase salaries of teachers and principals 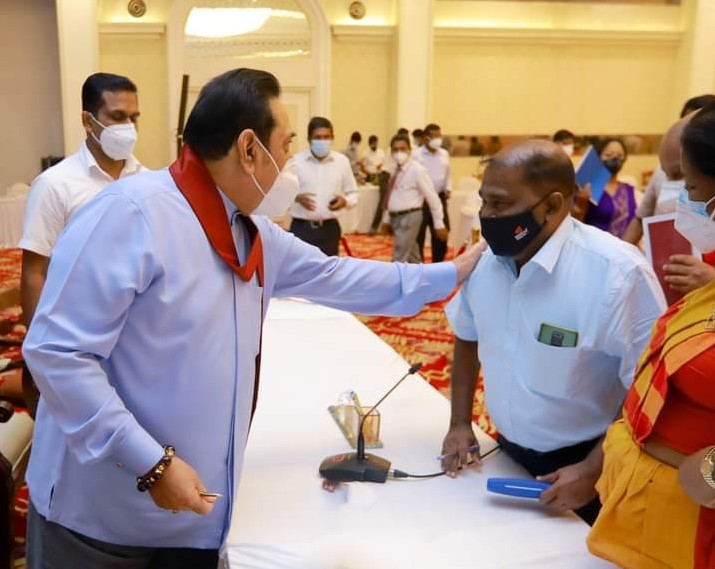 Prime Minister Mahinda Rajapaksa, during a meeting with the representatives of teacher-principal trade unions, has agreed to increase the salaries in three installments in two budget stages as a resolution to eliminate their salary anomalies.

The meeting was held at the Temple Trees this afternoon (October 12), the Prime Minister’s Office said in a statement.

Accordingly, the first installment of increment will be allowed in the 2022 budget and the remaining two installments will be incorporated in the 2023 budget starting from January that year.

Aa the continuation of children’s education without any hindrance is atop the priorities of the nation, the government is very sensitive of the educators’ concerns and, therefore, no salary anomalies are to be disregarded, the prime minister has emphasized. However, all installments could not be allowed at once as the treasury receipts were limited due to the COVID-19 epidemic.

PM Rajapaksa stated that the decisions taken by the Cabinet sub-committee appointed on August 09, led by Minister Dullas Alahapperuma, will also be implemented.

Accordingly, the provisions pertaining to the publication of the services of teachers, teacher-instructors, and principals as a closed service will be implemented in November and other recommendations will be also be executed within six months.