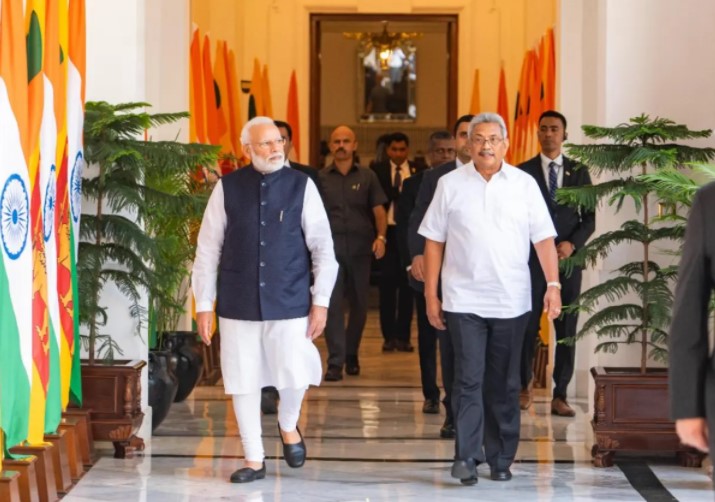 In what will be a major diplomatic visit next week, Prime Minister Narendra Modi and Sri Lanka President Gotabaya Rajapaksa will be in Kushinagar in Uttar Pradesh on October 20.

The Sri Lankan President will be accompanied by a two-dozen-member official delegation and 125 Buddhist monks.

Modi will land in Kushinagar from Delhi and Rajapaskha will fly in directly from Colombo at the new Kushinagar International Airport which will be inaugurated the same day by Modi. The Sri Lankan flight will also be the first international flight to land in Kushinagar, which is a major Buddhist pilgrimage site that sees a high number of foreign tourists including from Sri Lanka each year.

Ambassadors of many foreign countries are also expected to be in Kushinagar that day, especially of countries with Buddhist populations, officials told News18. But it remains to be seen if China, which has a significant Buddhist population as well, will send a diplomat.

It is believed that Gautam Buddha had attained Mahaparinirvana in Kushinagar after his death. Archaeological excavations led by surveyor C.L. Carlleyle discovered the main stupa in Kushinagar and a 6.10-meter-long statue of reclining Buddha in 1876. Chandra Swami, a Burmese monk, in 1903, made Mahaparinirvana Temple into a living shrine. UP CM Yogi Adityanath visited Kushinagar on Tuesday to review the arrangements and went both to this temple and the main stupa.