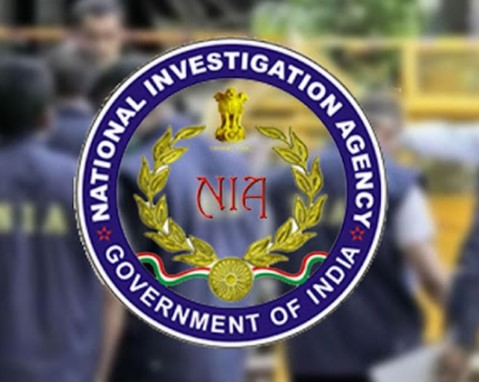 The National Investigation Agency (NIA) of India has sought information about suspected Liberation Tigers of Tamil Eelam (LTTE) members from Sri Lanka under the Mutual Legal Assistance Treaty (MLAT) as part of the probe into the seizure of five AK 47 rifles from a foreign vessel off the Kerala coast in March this year. The agency has also invoked various sections of the Unlawful Activities Prevention Act (UAPA) in the case.

It was on March 18 this year that a Sri Lankan fishing vessel, Ravihanshi, was intercepted by the Coast Guard from which 300kg of heroin, five AK 47 rifles, and 1,000 pieces of ammunition were seized. The Narcotics Control Bureau registered a case first following the seizure of heroin and arrested six crew members — all Sri Lankan nationals.

The case related to the seizure of AK 47 rifles and ammunition was first registered at Vizhinjam police station which was later taken over by NIA. The national agency has so far arrested 15 persons of whom 10 are from Sri Lanka including three stayings illegally in India.

During the probe, NIA found links of the accused with LTTE and that the smuggling of drugs and weapons as part of an attempt to revive the proscribed terrorist organization.  It was also found that many LTTE activists in Sri Lanka are behind the incident.

“The NIA has sent a letter to the Sri Lankan government invoking MLAT to get information about the suspects in the case. The letter contains a list of suspects who are in Sri Lanka and have been associated with the LTTE movement.

The whereabouts of the three Sri Lankan nationals who have been staying illegally are being sought. As Sri Lankan police are cooperating with the Indian agency, a report about the suspects is expected soon. Earlier, NIA had used the MLAT provision to get information from Sri Lanka in terrorism cases registered in India,” a source said.

The National Investigation Agency (NIA) has decided to probe the seizure of 300kg of heroin from a Sri Lankan vessel off the Kerala coast. Currently, the case is being probed by Narcotics Control Bureau (NCB).

After the Sri Lanka vessel, Ravihansi, was intercepted, NCB had registered the case over seizure of heroin, while NIA probed seizure of five AK 47s and ammunition from the same boat. However, as LTTE links in the incident emerged, NIA decided to take over the case registered by NCB as well.